Recommended by  28  patients
Connect with me on

DR . SUDESHNA BISWAS ,one of the best and famous  psychiatrist at FORTIS C-DOC ,delhi has developed a new and innovative treatment module for deaddiction. Patients abusing alcohol,nicotine,cannabis,cocaine have a new lease of hope from her treatment skills.

Her team of psychologists,social workers and nurses/paramedics along with DR. ANIRBAN BISWAS (MD) , will be involved in the DELHI  DETOX and de-addiction therapy. 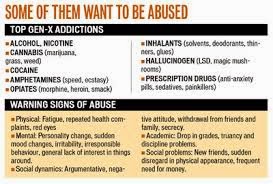 At DELHI Detox and Deaddiction  Centre we offer treatment to persons with problems due to alcohol, tobacco and other drug misuse, providing out-patient consultations, in- care and through out-reach clinics.

Specialized and individually tailored care is offered by a multi-disciplinary team of the best psychiatrists, psychologists, social workers, occupational therapist and nurses experienced in addiction medicine.Our excellent results speak for our sincere and determined efforts at DELHI Detox and Deaddiction Centre.

They have already been cured , so what are you waiting for: 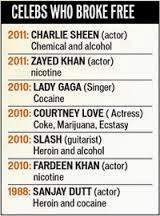 ANIRBAN BISWAS CLINIC FOR DIABETES-(ABCD) IS NOW AVAILABLE ON SKYPE

DR ANIRBAN BISWAS , prominent diabetologist and one of the best diabetes doctor in delhi is now available for tele/video-consultation on skype.
He will be treating patients within india and worldwide, those who have uncontrolled diabetes or are unable to visit his clinic in delhi, due to any reason.
He will be available daily on skype id : anirban.drab at a specified time for his patients.

Consultation charges will be sms'ed/e-mailed back.
Medicines will be sent through courier if asked for.

learn here how to skype 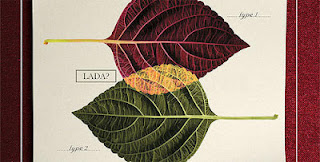 SURPRISE FINDING
Doctors stumbled upon the LADA phenomenon quite by accident back in the 1970s. They were testing a way of identifying proteins called auto ­antibodies in the blood of people with type 1. The presence of these proteins is evidence of an attack by one’s own immune system. The new test was successful and confirmed for the first time that type 1 is an autoimmune disease in which the body’s immune system kills off the beta cells in the pancreas, the makers of insulin.
As part of their study, the researchers also looked for the same auto antibodies in the general population and in people with type 2 diabetes (which is not an autoimmune disease). The proteins were virtually absent in the general population, but they showed up, to the scientists’ surprise, in about 10 percent of people diagnosed with type 2. This suggested that there was a subcategory of people who could now be diagnosed as having LADA instead, even though there was no obvious difference in their symptoms from those of people with type 2.
While not everyone has settled on calling the condition LADA (some prefer “type 1.5”), or even whether it’s distinct from type 1, researchers are working on a set of criteria for its diagnosis: 1) the presence of auto­antibodies in the blood, 2) adult age at onset, and 3) no need for insulin treatment in the first six months after diagnosis. This definition would distinguish LADA from type 1—because people diagnosed with type 1 typically need to start insulin immediately—and from type 2, because of the presence of auto antibodies in the blood.


The Warning Signs YOU May Have LADA

1. You are diagnosed with Type 2 diabetes while at a normal weight.

2. Whatever your weight, either you or a member of your family has some other autoimmune disease such as thyroid disease, rheumatoid arthritis, lupus, or multiple sclerosis.

3. You lower your carbohydrate intake shortly after diagnosis to no more than 15 grams a meal and still have a fasting blood sugar over 110 mg/dl and blood sugars that rise 40 mg/dl or more after each meal.

4. No matter what your weight, you do not see a dramatic drop in your blood sugar when you take metformin, Avandia, Actos, Januvia or Byetta in combination with a lowered carbohydrate intake.

5. Your blood sugar deteriorates significantly over the period of a year despite treatment with oral drugs and carbohydrate restriction.


What To Do To Get A LADA Diagnosis

If you think you have LADA ask your doctor for:

1. A fasting C-peptide test. If the value is low, it is suggestive of LADA.

2. GAD and Islets antibody tests. High levels of these antibodies are diagnostic of LADA especially in combination with lowered C-peptide.

1) Type 1 diabetes is an autoimmune disease that occurs when the insulin-producing beta cells within the pancreas are destroyed and fail to produce insulin. Insulin is a hormone that helps the body's cells use glucose for energy. Blood glucose (or blood sugar) is manufactured from the food we eat (primarily carbohydrates) and by the liver. If glucose can't be absorbed by the cells, it builds up in the bloodstream instead. Untreated, the high blood sugars that result can be toxic to every system of the body, causing serious complications.
2) Type 2 diabetes is the most common form of the disease, accounting for 90 to 95% of all diabetes cases in America. Most people with type 2 diabetes are still able to produce insulin at diagnosis. However, the insulin they make does not work properly and is unable to perform its primary job, which is helping the body's cells use glucose for energy.  This characteristic of type 2 diabetes is called insulin resistance.
If left untreated, the high blood sugar levels from uncontrolled diabetes can cause serious long-term diabetic complications. Eventually, they damage the insulin-producing beta cells of the pancreas, reducing insulin output.
Although the majority of people with type 2 diabetes are adults, children and adolescents are increasingly at risk for the disease due to growing childhood weight problems and sedentary lifestyles.

3) GESTATIONAL DIABETES-The hormonal changes that happen in pregnancy can cause gestational diabetes in pregnant women at risk for the condition.  Hormones produced by the placenta -- including estrogen, cortisol, and human placental lactogen (HPL) --  increase insulin resistance in some women, which results in high blood sugars.  This usually occurs between 20 and 24 weeks of pregnancy. Gestational diabetes goes away when the baby is born, but women who have had the condition are at a higher risk of developing type 2 diabetes later in life.

4) LADA- Short for Latent Autoimmune Diabetes in Adults, LADA is also known as Slow-Onset Type 1 Diabetes, Type 1.5 Diabetes, Late-Onset Autoimmune Diabetes of Adulthood, and even "double diabetes," since it has elements of both type 1 and type 2 diabetes. LADA patients, however, are closer to type 1 patients because, just as I did, they will test positive for antibodies against insulin-producing beta cells of the pancreas.
LEARN BELOW IN THIS VIDEO -WHAT IS DIABETES

Get a FREE visitor map for your site!